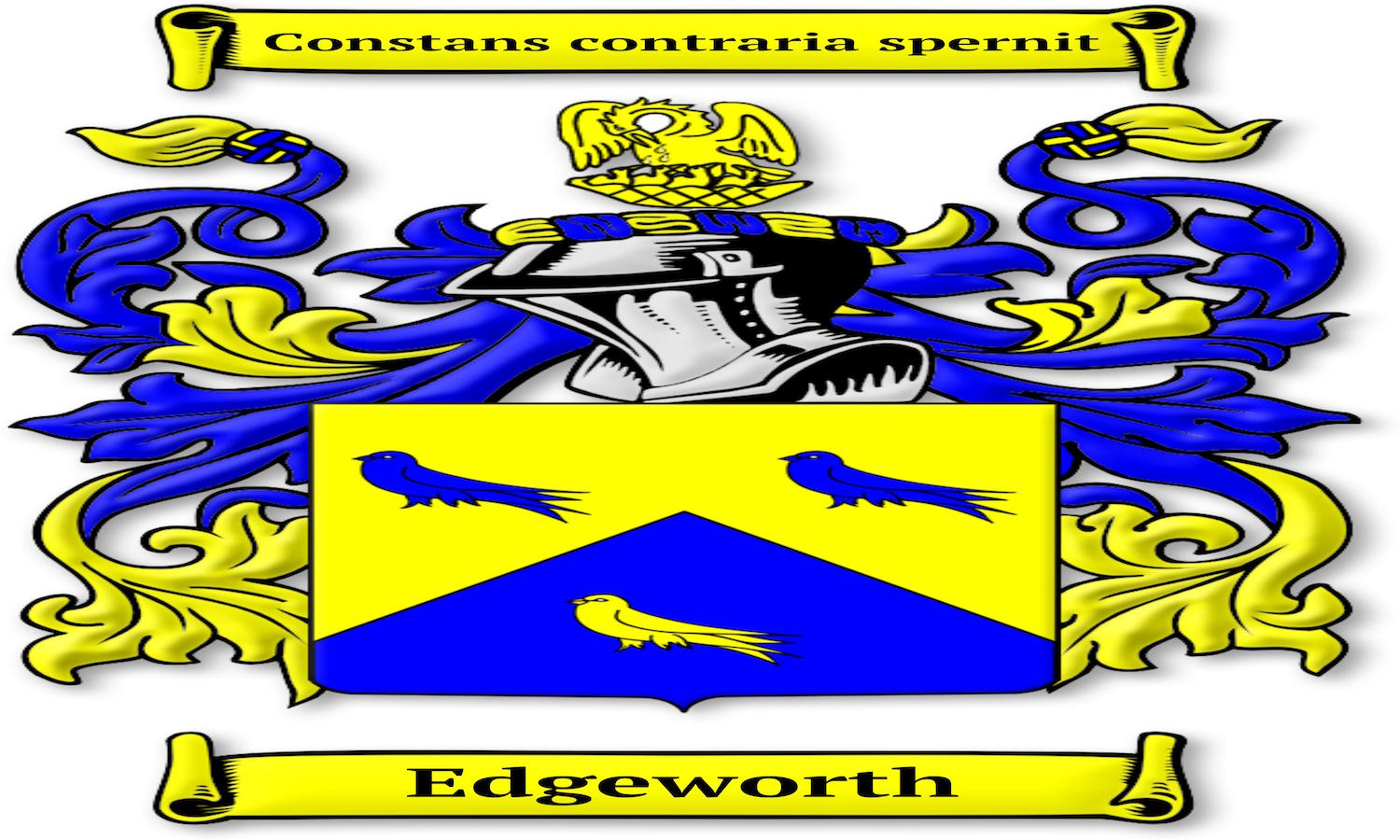 For more information about this domain

This most interesting name, of Anglo-Saxon origin, is a locational name from Edgeworth, in Gloucestershire, which appears in the Domesday Book of 1086 as "Egesworde"; and in Lancashire, recorded as "Eggewrthe" in the Book of Fees (1212). The placename itself is composed of the Olde English pre 7th Century elements "ecg", a hillside or ridge, and "worth" an enclosure; hence, "the enclosure on the hillside or the ridge". The surname first appears in the early 13th Century (see below). One Peter de Eggeworth appears in the "Testa de Neville temp" Henry 111 to Edward 1 (circa 1216 - 1272) in Gloucestershire, while Hugh de Eggeworthe of Turton, Lancashire was recorded in the Lay Subsidy (Rylands) in 1332. A family called Edgeworth has lived in County Longford, Ireland, since 1583, and gave their name to the town of Edgeworthstown. A Coat of Arms was granted to Francis Edgeworth (circa 1593), consisting of a shield divided per chevron (gold and red) with three marlets counterchanged. One of his descendants was the famous Irish novelist Maria Edgeworth (1769 - 1849), whose Irish novels are classics; and another was the saintly Abbe Henry Essex Edgeworth (1745 - 1807), who attended Louix X1V on the Scaffold. The first recorded spelling of the family name is shown to be that of Peter de Egewurth, which was dated 1221, witness in the "Assize Court Rolls of Gloucestershire", during the reign of King Henry 111, known as "The Frenchman", 1216 - 1272. Surnames became necessary when governments introduced personal taxation. In England this was known as Poll Tax. Throughout the centuries, surnames in every country have continued to "develop" often leading to astonishing variants of the original spelling.